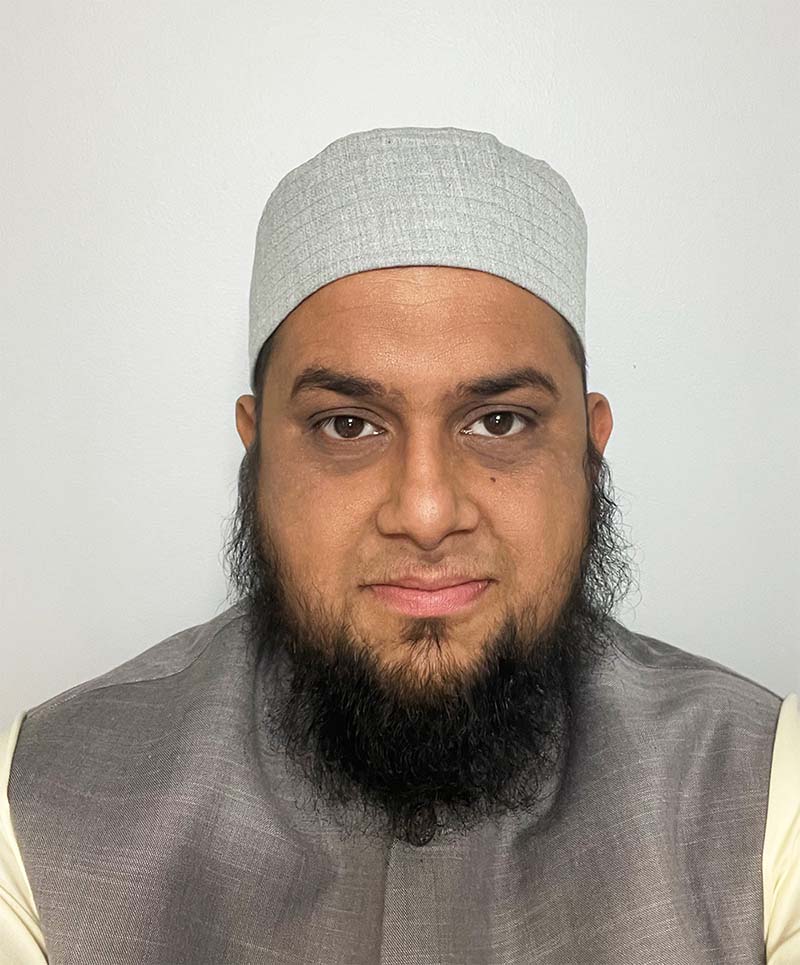 Shaykh Taha Masood was born and raised in Montreal, Quebec. He began his Islamic studies at a young age, completing hifz of the Quran by the age of 16 under the instruction of Mufti Aasim Rashid. He then spent one year in Darul-Uloom Binnori Town, Karachi, Pakistan, where he studied Tajwid while revising and perfecting his memorization of the Holy Quran under trained and renown Qaris.

After returning to Montreal, Shaykh Taha formally began his formal Islamic Studies (Aalim Program) with Mufti Aasim Rashid. During thee 3rd year of his studies, he moved to Vancouver, BC, where he continued his studies up to the end of 5th year of the Aalimiyya Program (Mishkat). To complete the final year of these studies (Dawra al-Hadith), he travelled to the UK and studied under several world famous scholars, including Shaykh al-Hadith Maulana Yusuf Motala (rahimahuAllah), Mufti Shabbir Ahmad, and Mufti Abdul Raheem Limbada. He completed the Aalim Program and graduated from Darul-Uloom Bury with distinctive honours in 2013.

Shaykh Taha Masood then returned to Vancouver and continued his studies with Mufti Aasim Rashid, completing his Takhassus fi al-Fiqh al-Islami (aka Mufti course), and graduated with honours in March 2013.

Since this time, Shaykh Taha has been managing all educational and community programs at Al-Ihsan. He is an instructor for the full-time Aalim Program, the Islam Comprehensive Program, and the Foundations of Arabic Program. He has had the honour of teaching several senior level subjects, including al-Hidaya, Mishkat al-Masabih, Tafsir al-Jalalayn, Sahih Muslim, Sunan Ibn Majah, and Sunan al-Nasai.

Shaykh Taha’s specializes in the field of Zakat. He conducts dozens of workshops and educational programs around the year about specific areas of zakat and wealth. He also serves on the Shari’a Advisory Board with the National Zakat Foundation of Canada.