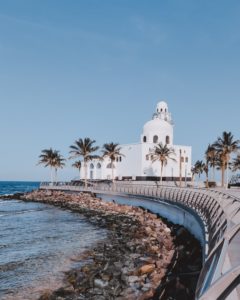 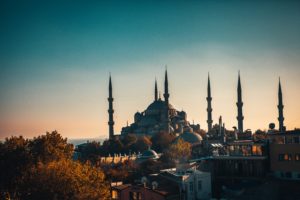 The Sahaba - Our Role Models

What have Allah and His Messenger said about

The Sahaba - Our Role Models

The greatest and most profound achievement of this world is to make Jannah (paradise). From the commencement of life on earth till this day and generations to come, the only hope that we as Muslims are optimistic about is the belief that someday all our ups and downs shall come to an end and we will be rewarded bountifully in paradise. With the grace of Allah some among the Muslim ummah have known of their fate that their final abode is Jannah. With that in mind, below are some of the 10 luckiest people to walk the surface of the earth.

Abu Bakr was given the title of “As Siddiq” or” (Testifier to the Truth). He was two and a half years younger than prophet Muhammad and the first among men to enter Islam. He was always a very close companion of the Prophet Muhammad. And he knew him better than any other man.

He reigns from Quraish, the tribe of Banu Adi. And lived as one of the most powerful and most influential Muslim caliphs known in history and succeeded Abu Bakr as the second caliph. This is the man whose name is paired with justice and truth, strength and courage, and asceticism and godliness. He was pious, observing and fearing Allah, and crying out of fearing Him. He is the second Caliph and one of the in-laws of the Prophet. His conversion to Islam marked the beginning of a new phase of the call.

Uthman ibn Affan was born in Taif, near Mecca approximately six years after the Year of the Elephant to a wealthy family of Quraish. Throughout his life he was kind, generous man and even before his conversion to Islam he would freely give money to help those in need. His marriage to two daughters of the Prophet had earned Uthman the nickname Dhun-Noorayn (the one with the two lights).

Talha was a member of the tribe of Abu Bakr. He was a successful businessman who traveled to the north and south of the Arabian Peninsula and accumulated a lot of profit. The Prophet said about Talha: “He, who desires to see a martyr walking on the ground, let him look at Talha bin Ubaidullah.” (Mishkat, Ibn Hisham) The Messenger of Allah once wore two coats of armor and tried to get up on a boulder, but was unable to, so Talha squatted under him, lifting the Prophet such that he could sit on the boulder. Allah was so pleased with Talha’s help and the Prophet informed Talha that Paradise was now obligatory on him. (Tirmidhi) He came to be known as “Talha the Generous” and “Talha the Good” for his generosity. He was well known for helping those in debt, households experiencing difficult times, and widows.

He is well known in the books of seerah as “The Disciple” of the Prophet. The Prophet himself gave him this title. He was also a prominent companion of the prophet and loved him very much. His love was not merely due to the relationship between Allah’s Messenger and him.

Abdur-Rahman was one of the first eight persons to accept Islam. He was one of the ten persons assured of entering Paradise. And one of the six persons Umar chose to form the council of shura to choose the Caliph after his death. He accepted Islam only two days after Abu Bakr as-Siddiq did.

Sa’d was born in mecca. He was seventeen years old when he embraced Islam. Sa’d was the seventeenth person to embrace Islam. He is mainly known for his commandership in the conquest of Persia in 636, governorship over it, and diplomatic visit to China in 616 and 651.

Sa’id ibn Zaid was born in Makkah in the year 22BH (Before Hijrah). He inherited his father’s religious beliefs of Islamic Monotheism, and accepted Islam at an early age. Sa’id with his wife accepted Islam when only a handful were Muslims. They went through all sorts of abuse, ridicule and torture because of their decision. Sa’id and his wife Fatimah binti Khattab were instrumental in the conversion of Umar bin Khattab who became one of the greatest followers of Islam. He served in the Islamic army of conquest for a long time and played an important role in making the region of Iraq and Syria become part of the Islamic land.

He was described as the “Amin” or Custodian of Muhammad’s community with dignity and grace, a handsome, pleasant, well spoken man with a tall, slim physique and bright sharp eyes. These were the physical good looks of a man whom the Prophet said: ‘Every Ummah (nation) has a trustee: the trustee of my Ummah (nation) is Abu Ubaidah bin Al-Jarrah.’ By character and nature, he was very humble and modest. Amongst his friends, he was gentle and soft as silk. When it came to war, he was as hard as iron. During the battle of Uhud, he lost his two front teeth. It was within this battle that two of the iron links of the Prophet’s helmet pierced his blessed head. Ubaidah bin Al-Jarrah pulled them out with his teeth. His integrity and honesty was unparalleled even amongst the companions of the Prophet.
Adapted from MuslimInc

YOUR WEEKLY DOSE OF

The Prophet (saw) gives the Sahabi Abu Dahdaa (rad) a special deal
Abu Dahdaa ( رضي الله عنه‎ – may Allah be pleased with him) was sitting in the company of Rasoolullah ﷺ and an orphan came complaining about his neighbour, Abu Lubabah, who wouldn’t give nor sell a palm tree that is a cause of problem for him in building a wall around his garden. The Messenger of Allah ﷺ called the man and asked him to give or sell that one single palm tree to this boy and he refused and got upset. Later Prophet Muhammad ﷺ offered him a tree in jannah in return of that tree and as he was so upset, he refused and left. Abu Dahdah asked the messenger of Allah ﷺ if that bargain is still valid if he buys that tree? And the Prophet ﷺ said yes! Hearing that, Abu Dahdah got up and rushed after Abu Lubabah. He offered his meadow to him in return of that tree. The man asked, are you kidding? It was an offer no one could refuse because who in Madinah didn’t know of that heaven like garden with approx. 500 palm trees and a well surrounding a house. Hence Abu Lubabah gave that one palm tree to him, which Abu Dahdah gifted the boy and went towards his house in those meadows. He called his wife Umm Dahdah from the outside asking her to come out of the house as he has sold it to Allah and His messenger ﷺ – upon which she replied, without any question or resistance: “Allahu Akbar, what a successful bargain!” She then gathered her kids, checked their pockets for any dates from the garden, took them out and threw them in that garden, stating that they are for Allah now. They are not their property anymore. And hence the whole family left a house with a well amidst a garden of 500 palm trees behind so they could own a tree in jannah.

Special Sunnah taught by the Messenger (SAW) to Anas (rad)
Narrated Anas bin Malik: “The Messenger of Allah (ﷺ) said to me: ‘O my son! If you are capable of (waking up in) the morning and (ending) the evening, while there is no ill feeling in your heart for anyone, then do so.’ Then he said to me: ‘O my son! That is from my Sunnah. Whoever revives my Sunnah then he has loved me. And whoever loved me, he shall be with me in Paradise.'”- Tirmidhi

Abu Bakr as-Siddiq (Radiyallahu ′Anhu) said to The Messenger of Allah (pbuh): – “Teach me a dua and I will recite it in my prayer.” Thereupon, our Prophet (pbuh) said,

”O Allah! I have done a great wrong to my soul (nafs) and there is none to forgive the sins, except You. Grant me a pardon from Yourself and have mercy on me as You are the Most Forgiving and the Most Compassionate.” – Bukhari, Muslim
See All Blogs